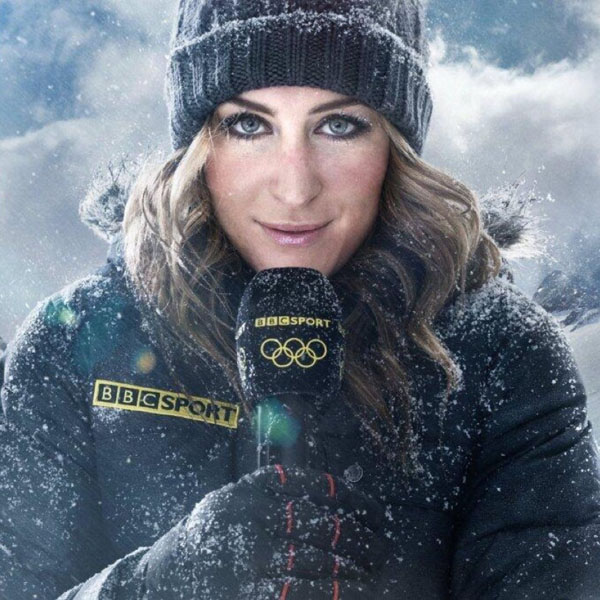 I'm sat on a plane flying out to Innsbruck, Austria. I was up at 4am, I'm shattered, however probably not as tired as the 12 celebrities that I'm about to meet for tonight's live evening show "The Jump", Channel 4's new winter sport show. I was asked to coach the celebs my sport of Skeleton, on the track in Igls, which is up the mountain from Innsbruck. A track I know well having competed on it for the last 10 yrs, and luckily for the celebs it's in my opinion the easiest track in the world. A lot slower and not very much GForce pressure, ideal for a novice. I would only get 2 days to teach & coach them, starting from corner 4, (not enough time to allow them to push from the top). I would show them how to lie in the correct position on the sled & tell them a few very basic steers that would get them down the track safely. Race day was day 3, a one-run race, and tonight the 27th Jan 2014 the Live show, where the bottom two in the race will be announced and have to do a ski jump to save their place in the show. Rather them then me!

Once I'm back from Austria I only have a few days at home before packing my bags and heading out to Russia, to the Winter Olympic Games in Sochi. I'm very happy to be going out supporting TeamGB in my official Ambassador role along with Robin Cousins. To help the team, the athletes and support staff and to be on hand to support and mentor the athletes as they all aim to perform at their very best. The opening ceremony is the 7th Feb, with coverage to be shown on BBC2 throughout the whole games period. My other new role is being part of the commentating team for BBC, specialising in the ice sports of Skeleton and Bobsleigh, where I'm very confident a medal will be brought home!