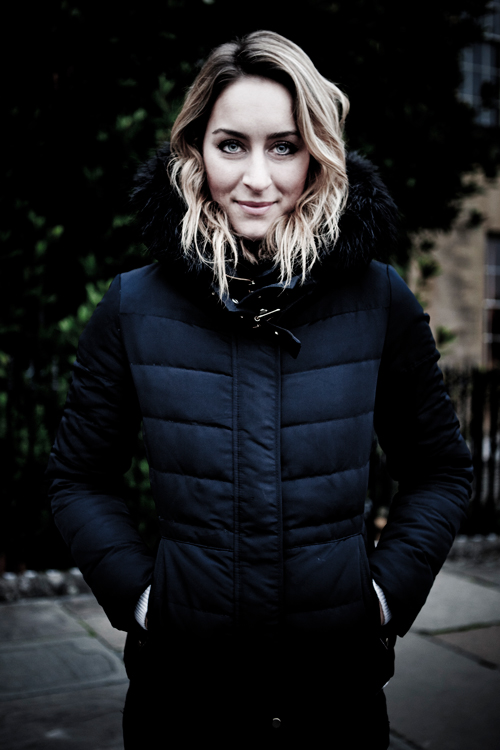 Hi - I’m Amy Williams, the girl whose gold-medal-winning skeleton race at the Vancouver Winter Olympics in 2010 projected me into the public view overnight. I’m still an athlete, but during the past two years I have also done a lot of other work involving television, public appearances and motivational speaking. Besides a range of sporting interests, such as horse riding, I’m also a keen artist and love all outdoor activities and adventures.

As a student in Bath, and a track athlete in the local club, I took my opportunity in the summer of 2002 to try-out the newly-installed bobsleigh and skeleton push-start training facility at Bath University. Wanting a chance to represent my country in an Olympic sport, I readily accepted the invitation to join the British Skeleton development programme and began to learn the art of sliding. In the 2005, I was 2nd in the World Student Games and the World Junior Championships, and I won the Silver Medal in the World Championships of 2009, along with several other World Cup Medals.

During the four years leading up to the 2010 Vancouver Olympics, I was completely focused on earning the right to represent Great Britain at those Winter Games, and I achieved my ambition by winning the Women’s Skeleton event. Little did I realise that this was not only the only medal for Great Britain in the Vancouver Games, but also Great Britain’s first Gold Medal in an individual event for 30 years, and the first by a woman for 58 years.

I was awarded the MBE in the Queen’s Birthday Honours of 2010, and was further honoured to become the first-ever female Freeman of the City of Bath, my home-town and my training base. I was short-listed for the 2010 BBC Sports Personality of the Year, and I received the Daily Mail’s Ian Wooldridge Award.

My TV appearances have included The One Show, Jonathan Ross, Blue Peter, Top Gear, Question of Sport, The Gadget Show, A League of Their One, Alone in the Wild, 71 Degrees North and On the Road with Amy Williams. I was the Glamour magazine Sportswoman of the Year, and I have presented awards to others at the 2010 Press Awards and at the BAFTAs.

I have given motivational speeches for Lloyds Bank and at several schools’ prize-giving days. I have opened several events and buildings such as Cardiff White-Water Rafting Centre and several school sports halls and my painted life-size lion (Medallion) was exhibited in Bath’s “Pride in the City” collection of public art.

As a British Olympic Association Ambassador, I have been to Singapore to encourage young British competitors in the Youth Olympic Games, as well as looking towards London 2012.

Looking ahead I hope to always be involved within sport, to be an ambassador in the public eye and to encourage and motivate the young and old, in whatever walk of life, either in schools, business or company. I loved my experiences in the Arctic and in Africa on the different TV shows I have done, and hope to be able to continue some more adventures.