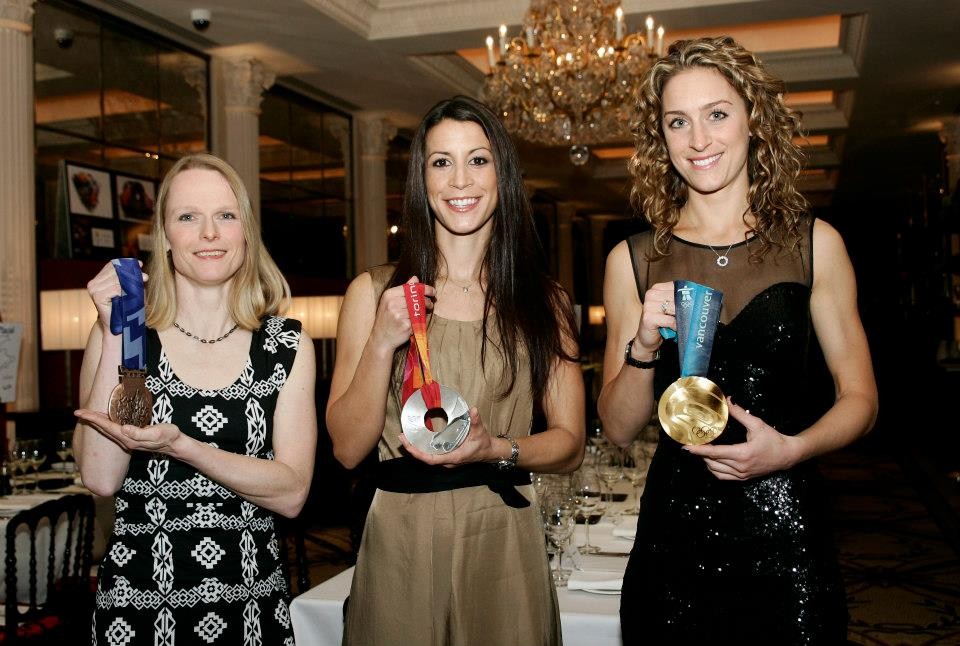 On the 1st May British Skeleton had a fundraising dinner to raise money for the team in the lead-up to Sochi 2014 Olympic Winter Games. The night was a great success, raising £100k for the sport. I was also awarded as the governing body?s first Vice-President. A huge honour for me to accept. This announcement was made at the start of the evening which was held at Brasserie Chavot in Mayfair. The date marked nine months till the next Olympic Winter Games in Sochi, Russia and the start of British Skeleton?s awareness raising and fundraising campaign: ?Follow us, Join us, Sponsor us? which aims to attract commercial revenue to supplement the funding the sport receives from the National Lottery.

Also for the first time ever, there was the three of British skeleton?s Olympic medal winners: Alex Coomber, who won a Bronze in Salt Lake City 2002, Shelley Rudman, who won Silver in Turin 2006 and me with my Gold Vancouver 2010. It was great for us all to stand together with our medals and to see the success of this sport in Britain and what the future may bring in Sochi 2014!!